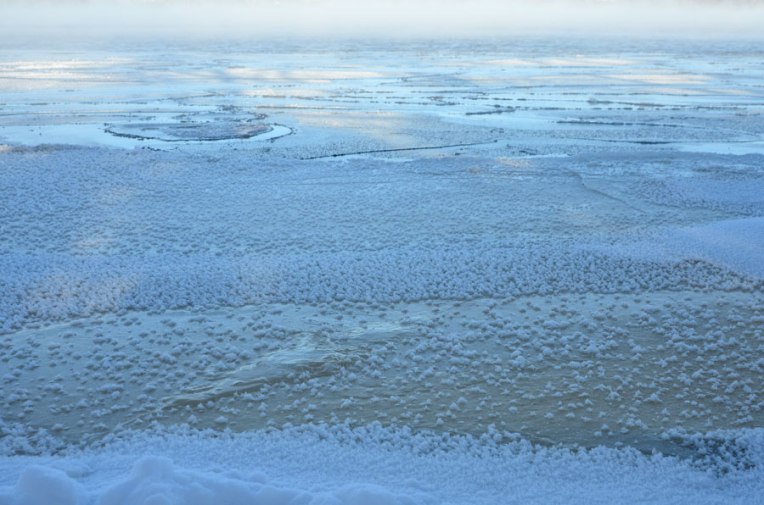 It’s hard to resist the beauty of a really cold morning (-25c early this morning, according to our thermometre). At the edge of the rapids the turbulent water shifts the forming ice into different shapes and during the cold nights the surfaces grow carpets of feathery frost. The horizon is lost in a fog of water vapour.

A closeup of feather frost on an icy surface

As I was out making photographs I spotted many brave ducks that seem to be willing to tough it out and spend the winter in and around the open water. Pictured are a couple of shy goldeneye ducks above, and what I think is an American black duck below.

A little glimpse of the city which is not far away

[Similar ice compositions to a post I did last year here, but the cold is a month earlier!]