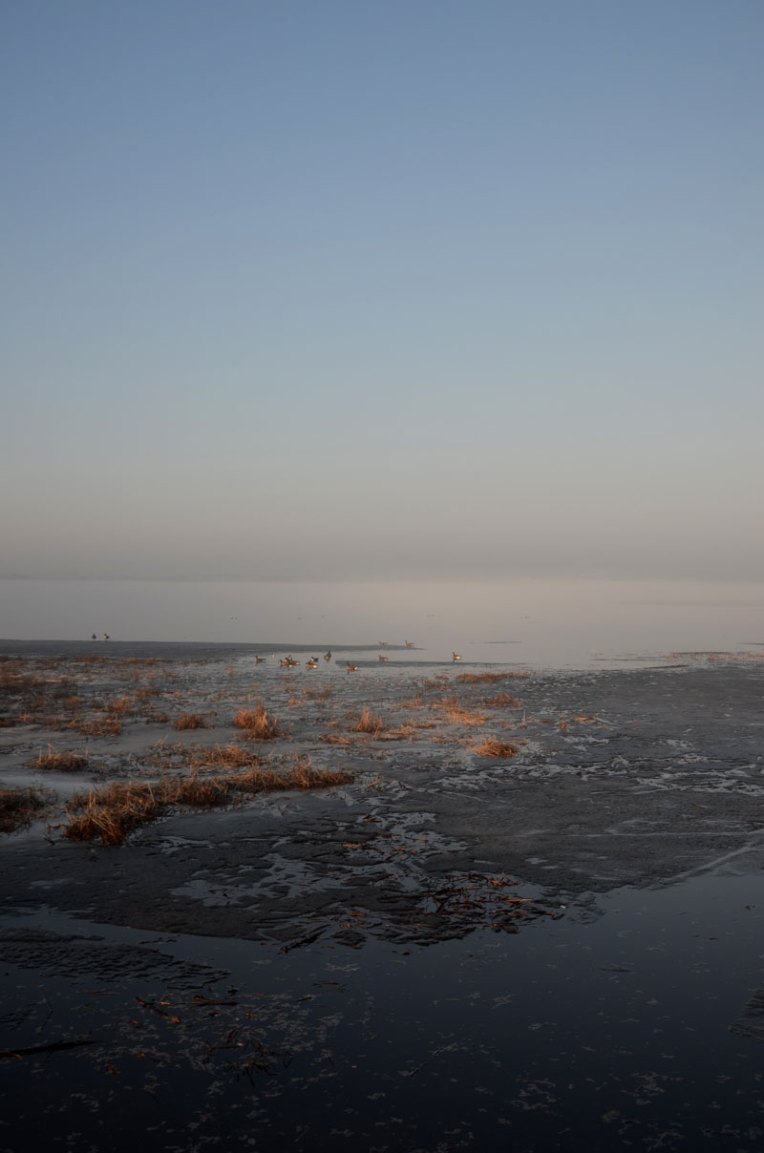 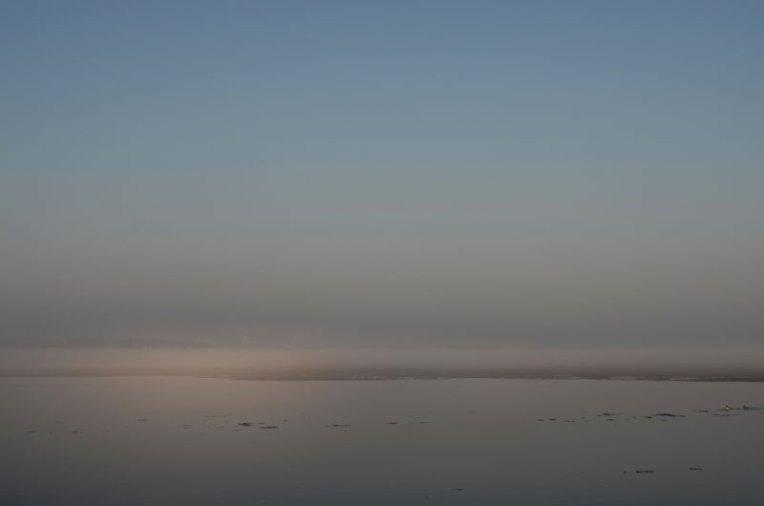 This is what it looks like walking out to the breakwater. A still quiet morning with the only sounds being a gentle hum of the slightly removed city and the many birds. Misty water and muted colours.

As you walk further out to the boulders another quiet sound becomes apparent. The sound of what is left of the ice gently coming apart as it sways onto the rocky edge of the breakwater. A scattering of pops and cracks. It has turned into candle ice, columns of ice perpendicular to the surface of the water that easily break apart from each other. There is some pushed onto the shoreline and I pick it up and listen to it fall back into the water and onto the rocks. A sound like tinkling glass. A sound, I think to myself, that will not last the day.

The last few sheets of ice are melting quickly in the warmth and moving slowly towards the rapids just downstream. It has been a quick melt. 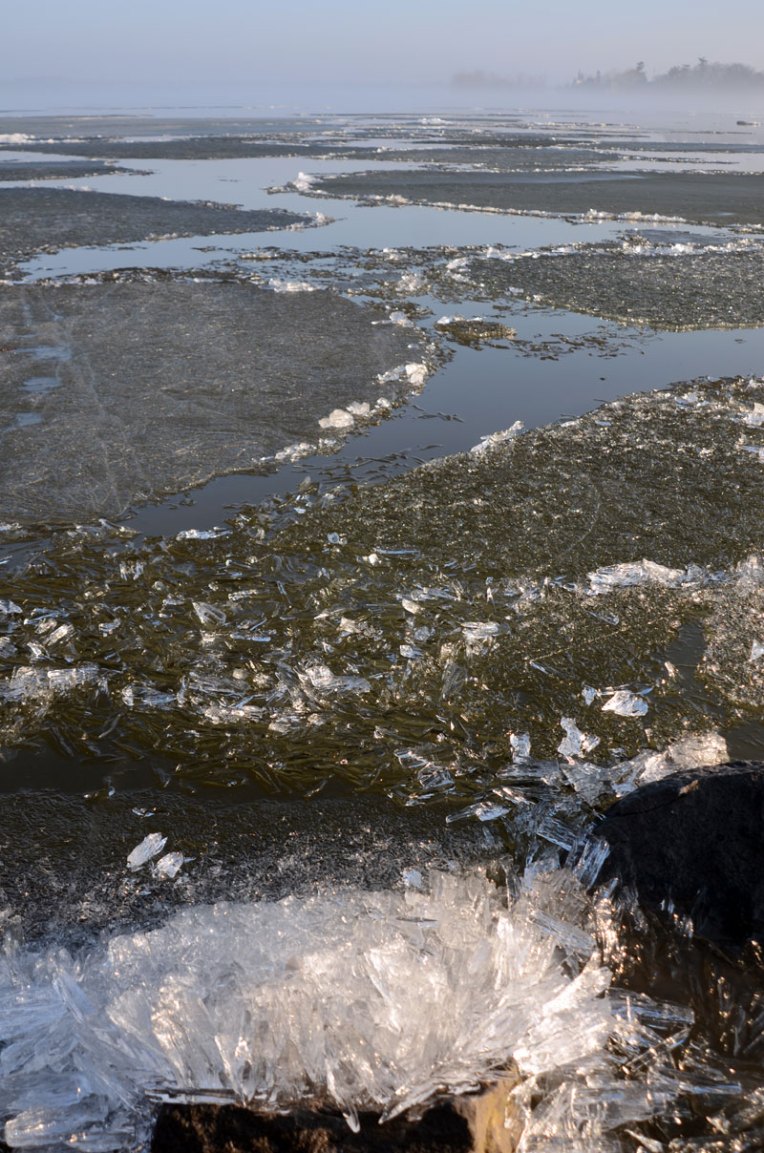 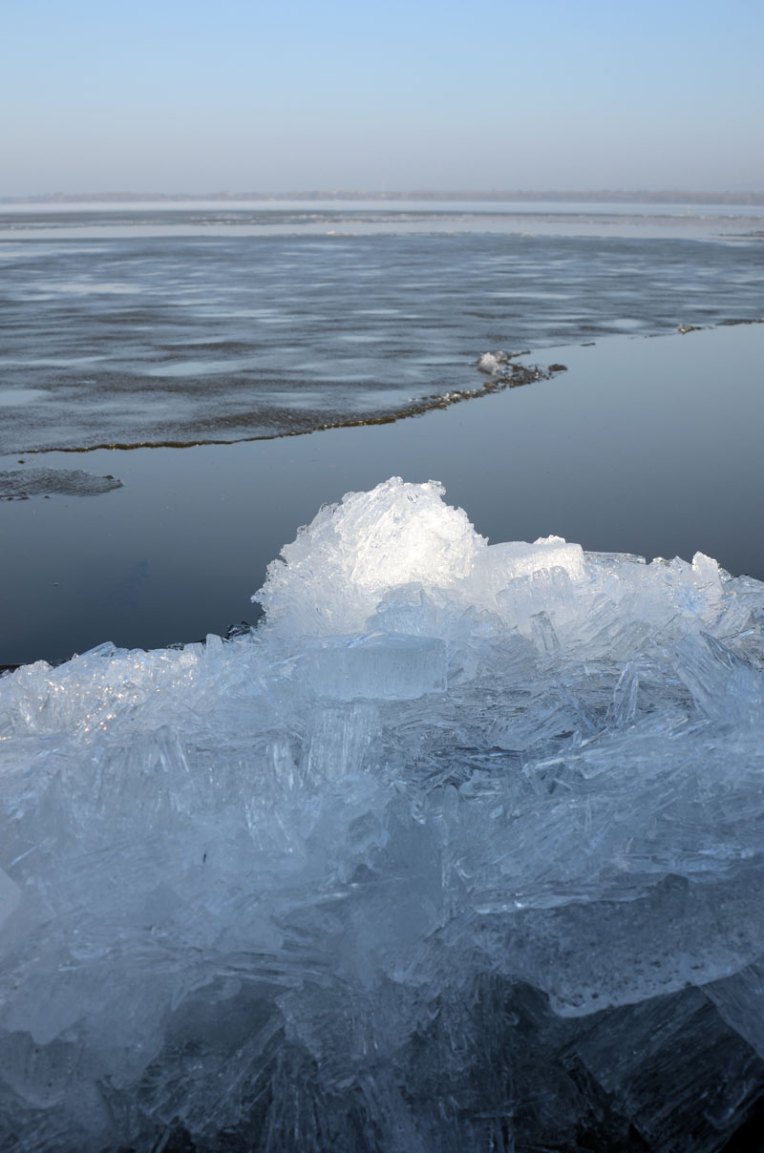 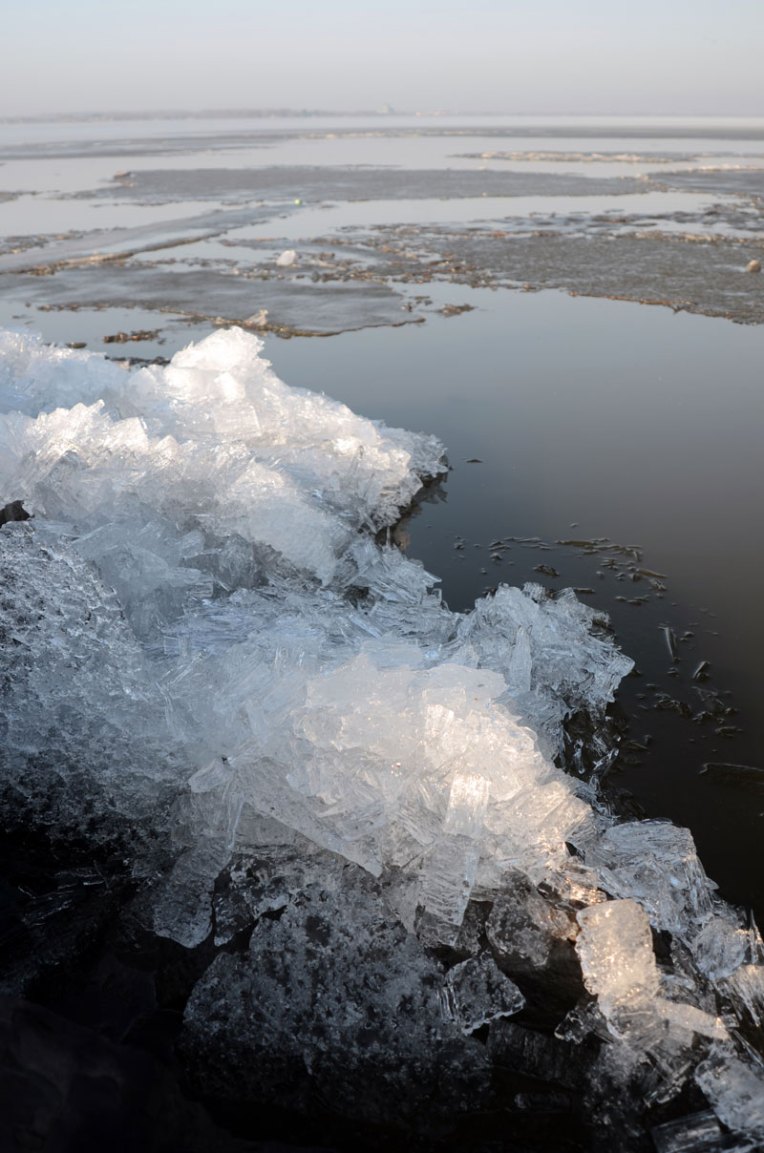 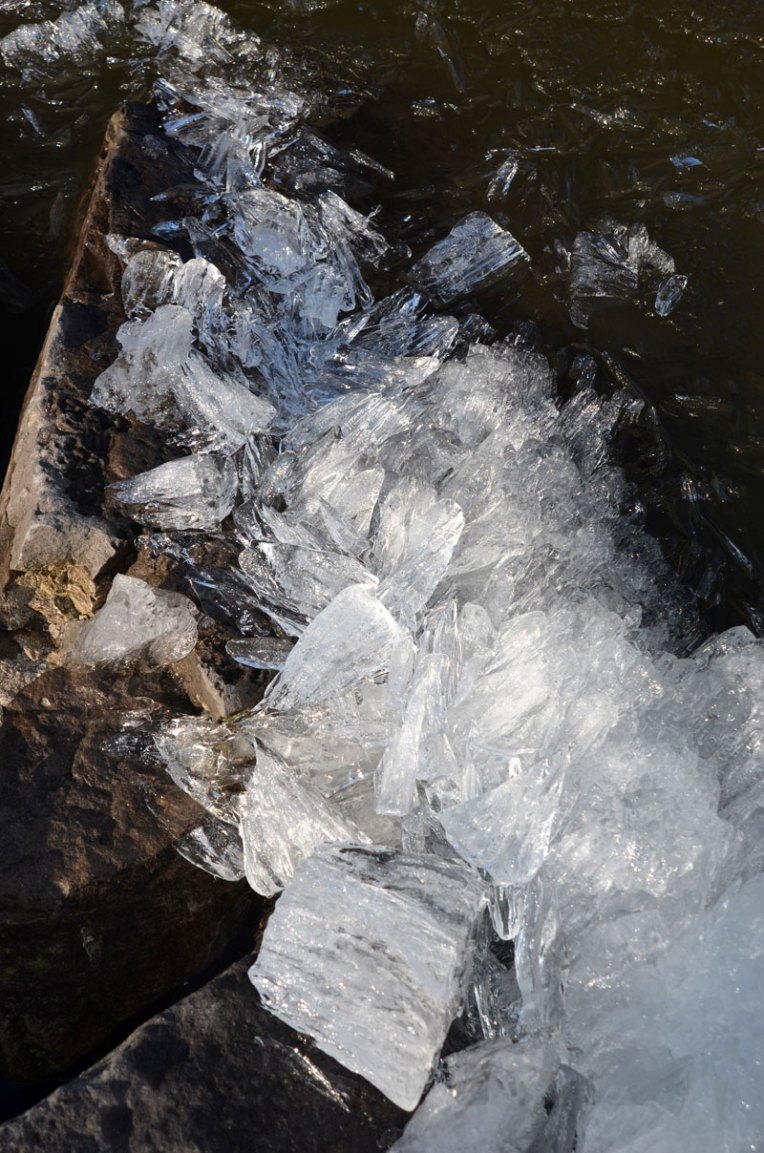 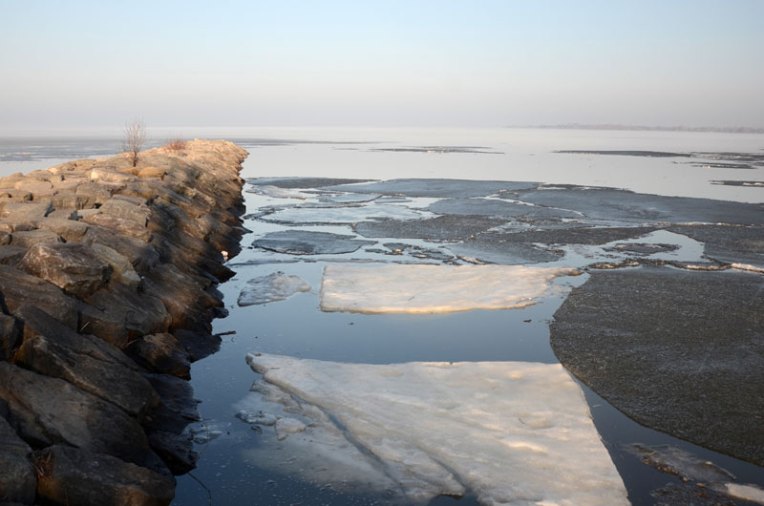 I am standing on the large limestone boulders that make up the breakwater. In stark contrast to the fleeting ice they are ancient and enduring. They are also generously scattered with visible fossils. Fossils that are of Ordovician origin, which makes them somewhere around 450 million years old!

I only know this because I have had a collaborator for this post. Paleontologist Graham Young and author of the excellent blog Ancient Shore very kindly identified the fossils I photographed along the breakwater. Graham is Curator of Geology and Paleontology at the Manitoba Museum in Winnipeg. 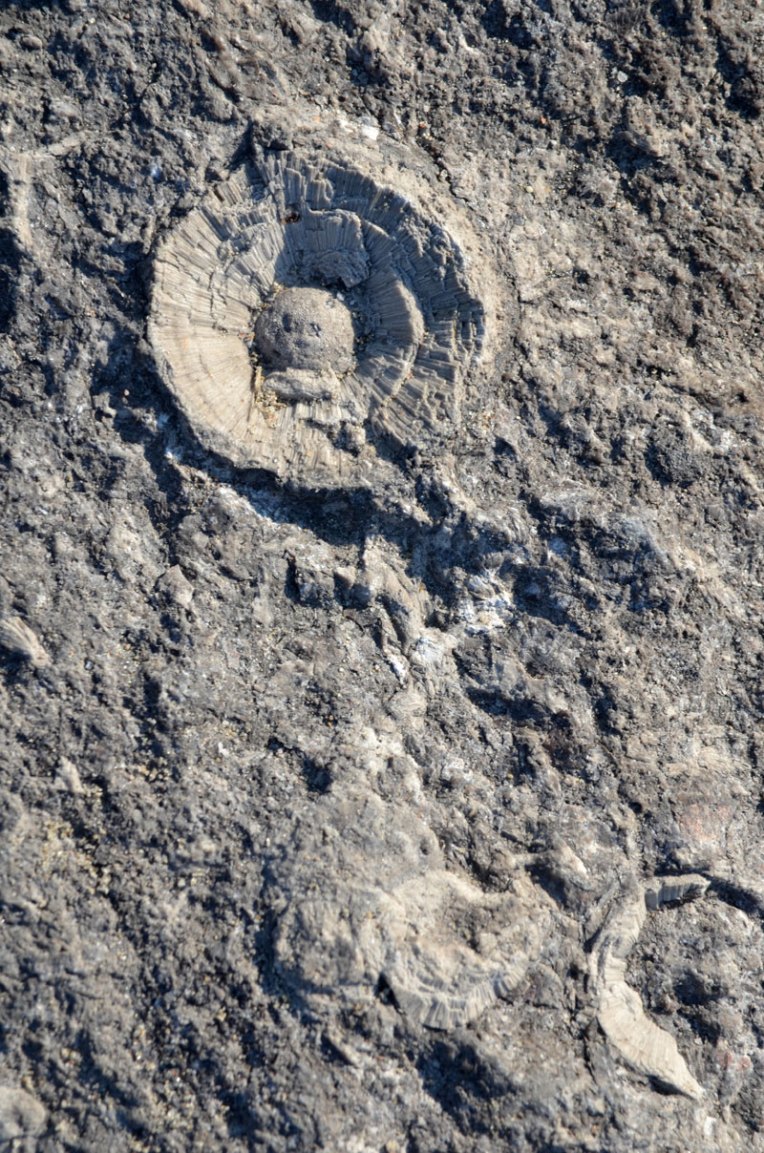 These appear to be rounded bryozoan colonies that have been broken open. Bryozoans are aquatic invertebrate animals that live on the seafloor. 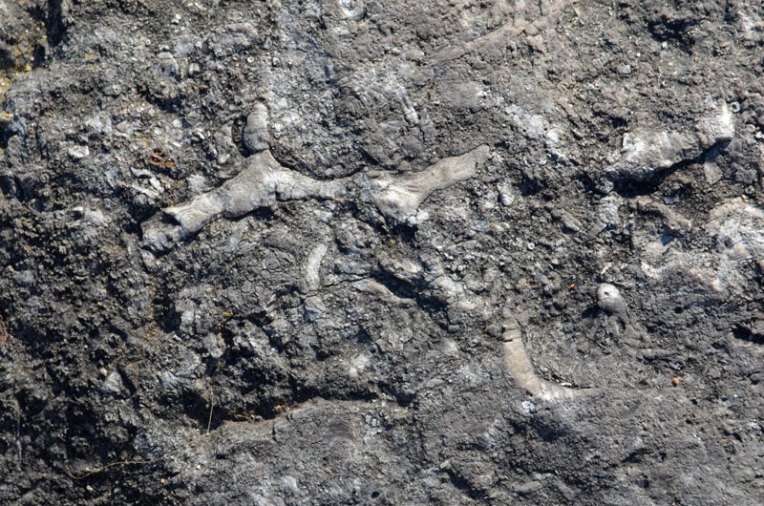 Branching bryozoans are mixed up with a lot of other debris, including echinoderm stem segments, probably from crinoids or sea lilies (these are the little donut-shaped fossils) 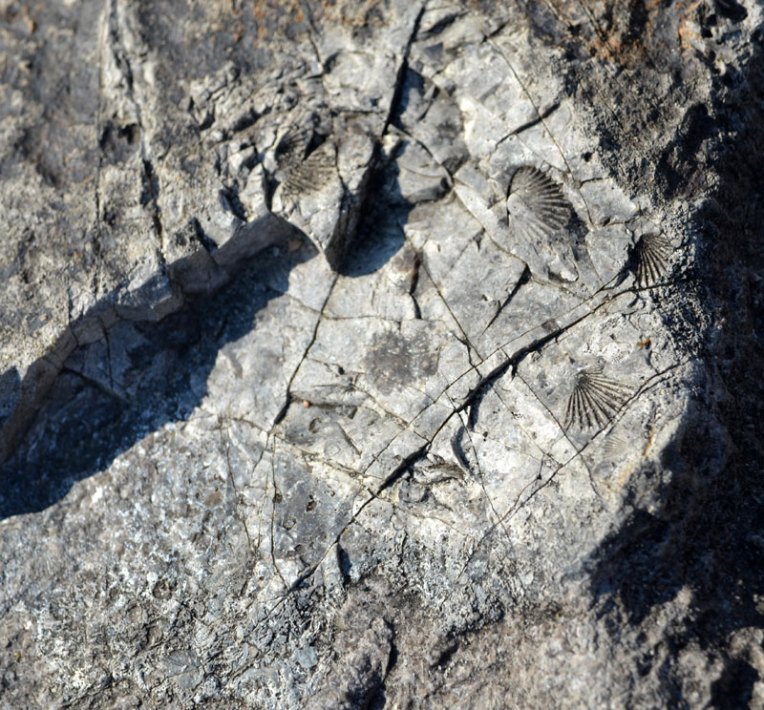 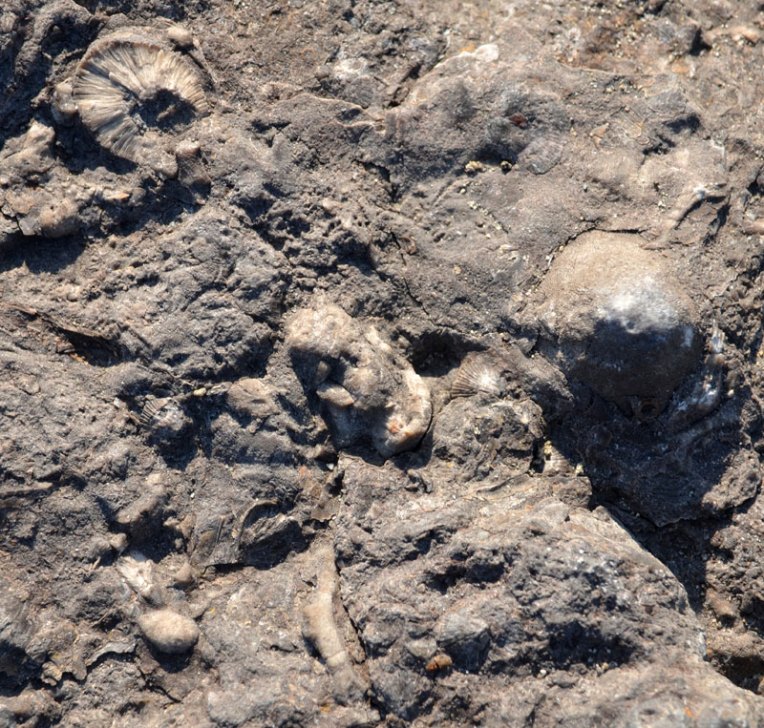 More bryozoans, again in a bed of mixed fossil debris. 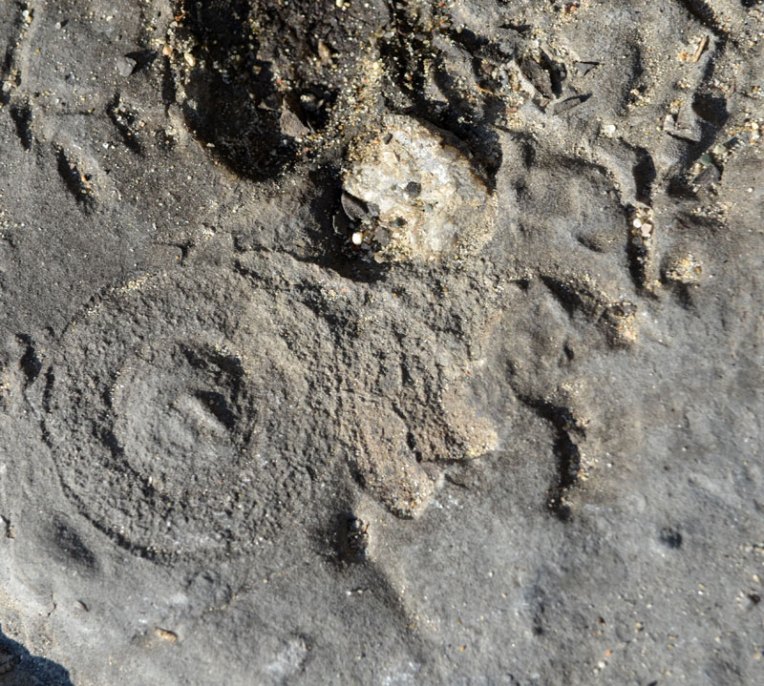 I’m not sure about this circular structure; it is probably a badly preserved bryozoan. 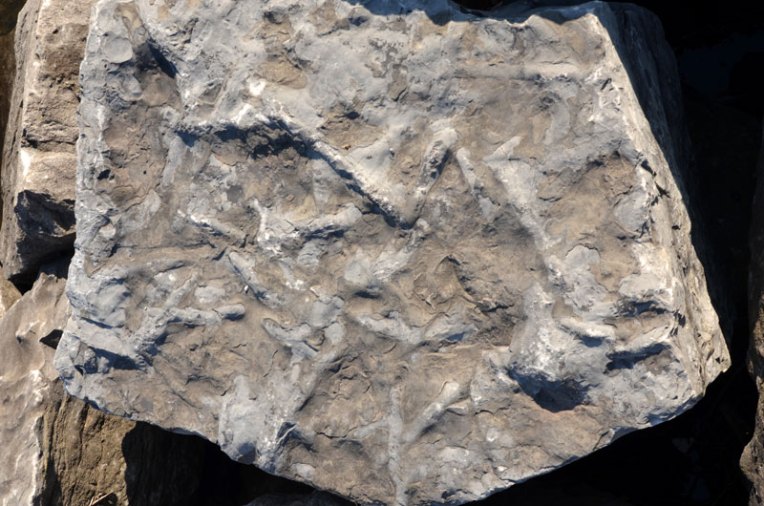 These appear to be burrow structures (trace fossils), which stand out because they are better cemented than the surrounding muddy material. They would have formed as burrows in the seafloor, perhaps made by arthropods. 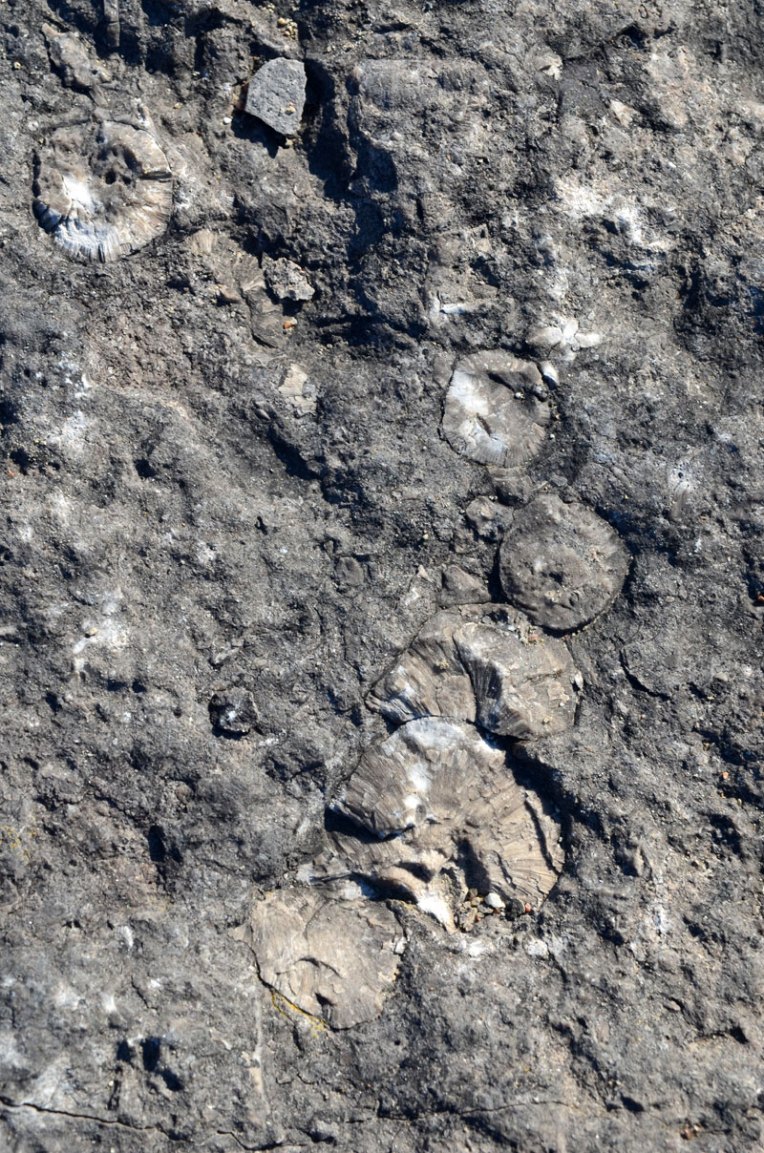 A large batch of bryozoans. These are very neat because they have been “nested” together, possibly as a result of movement by currents after death. 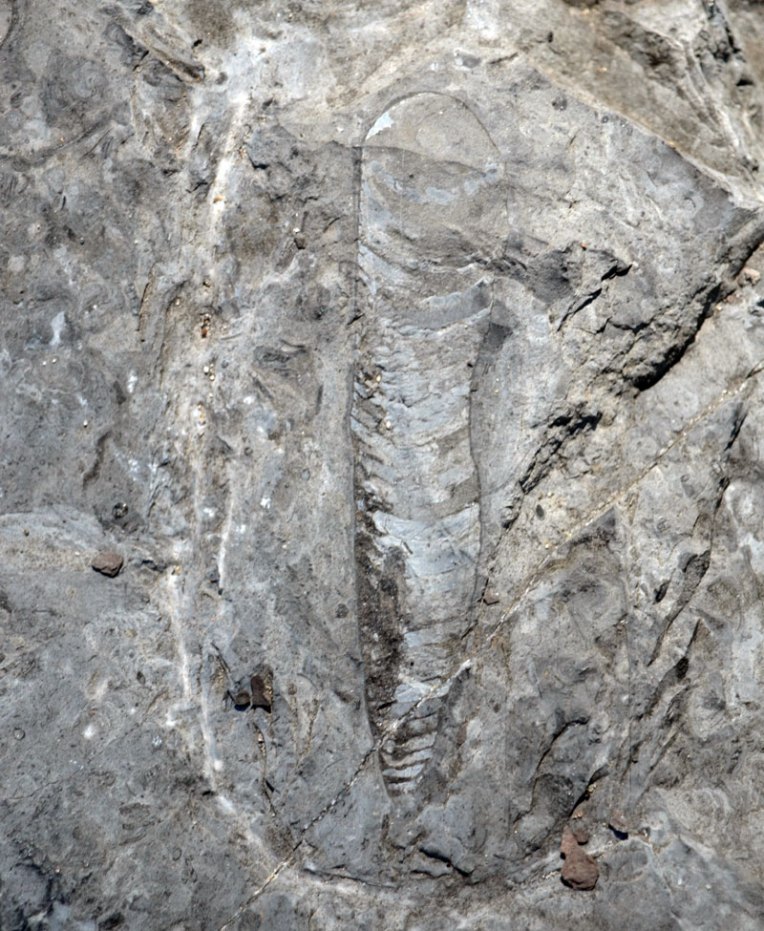 A large straight cephalopod, related to the chambered nautilus. Imagine a nautilus that has its shell stretched out, rather than coiled. 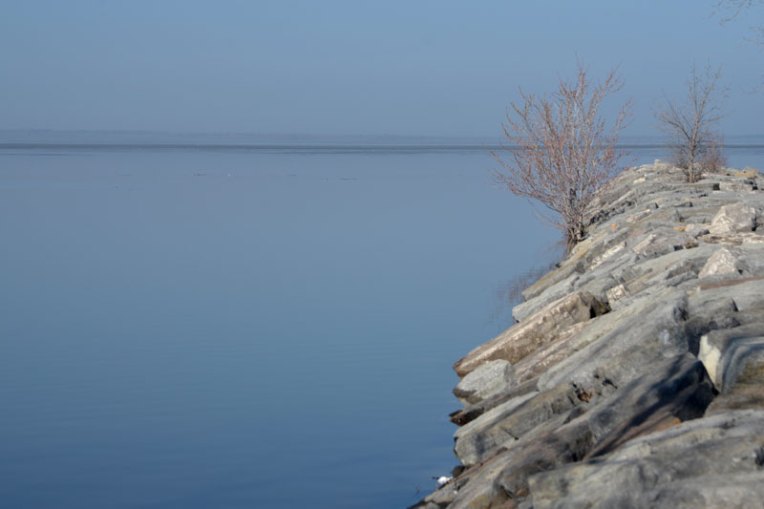 * Fossil descriptions by Graham Young with some editing by me.
Thank you Graham!
www.ancientshore.com

85 thoughts on “The Ephemeral and the Enduring”