Cape Breton: The Island That Almost Isn’t an Island 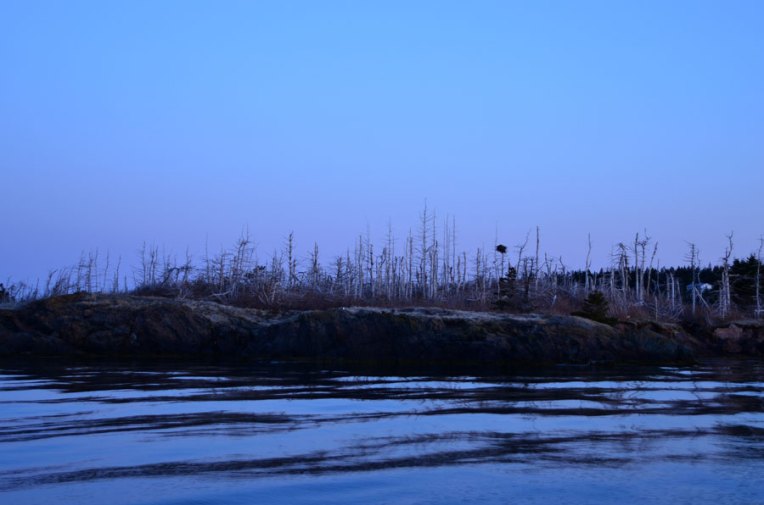 The Strait of Canso lies between mainland Nova Scotia and Cape Breton Island. In 1954 over 10 million tonnes of rock were used to build a causeway connecting the island to the mainland. This snaking rock wall is 65 metres deep in places, making it the deepest causeway in the world. There is a canal that allows ship traffic to pass through. If this remaining thread of water wasn’t here, Cape Breton would really, no longer be a true island.

I am struck by the simultaneous connection, and disconnection, of such engineering. On one hand, a community has been bridged. On the other, a community shut out. A safe harbour has been built. But also, an impasse. We are nothing, if not a contradictory species.

The above 3 images are of a decaying Pilot Whale, washed up onto a Cape Breton beach. 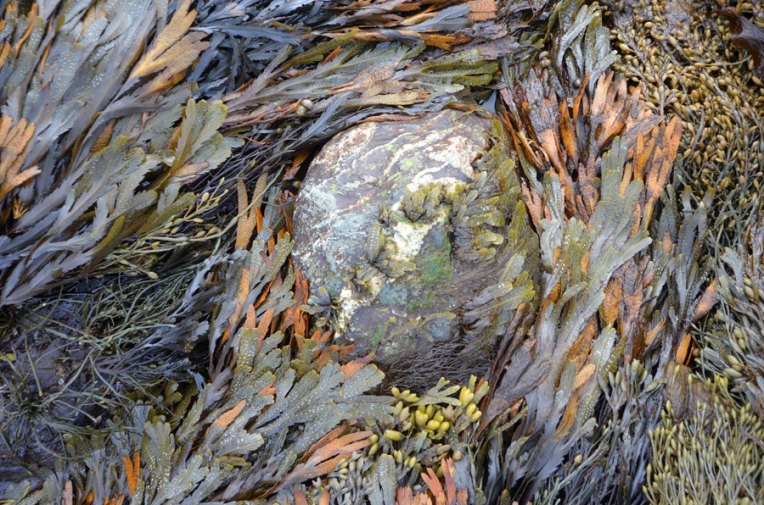 This large engine, is reportedly from an old steamship wreck, I was unable to find any other information about it.

It is doing it’s best to blend into the environment… 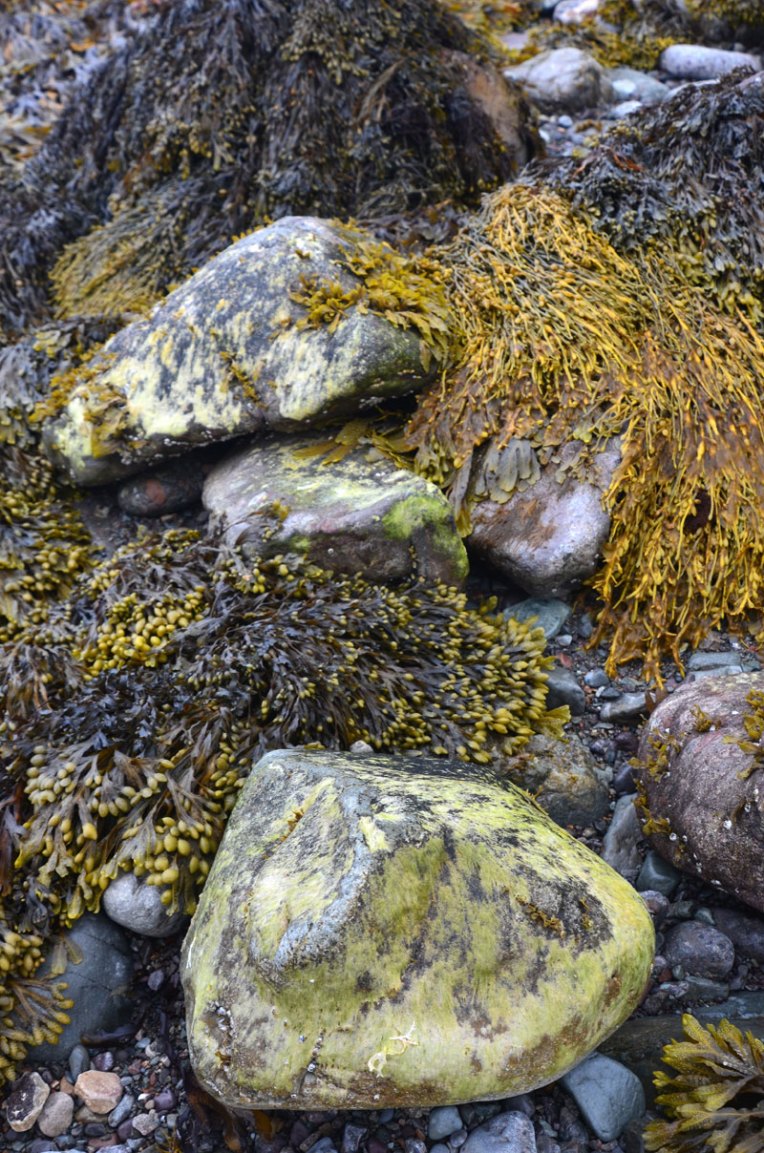 *If you are interested in reading more about the environmental effects of blocking the Strait of Canso, there is some interesting reading here, here and here.